The Death of Chivalry: Should ‘manners maketh man?’

Amongst the more pressing issues of current times, like the oil crisis or Donald Trump, of late I have been more preoccupied with asking myself whether chivalry is a thing of the past. Perhaps it is because, as a university student, I am amidst the male species as they reach their peek levels of testosterone and are eager to embark on a journey of meaningless flings, trying to emulate the pimp daddy persona that is perpetually encouraged amongst young men in pursuance of an illogically labelled ‘cool’ way of living. Or perhaps it is because times have truly moved on and, with women becoming ever more empowered, the idea of chivalry is actually construed as a branch of socially entrenched misogyny, bigotry even. Is chivalry really dead… is it even wanted?

Part of the issue lies with the false reality imparted on children and young teenagers of how men and women should interact. There is a hierarchy of influences on the younger generation’s highly malleable minds. Films and TV shows portray things which children try to mirror but what is worse is the rising influence of social media. Every single day kids are bombarded with images and videos of people trying to be something they are not and they are obliged to follow the crowd to fit in. This mentality of conforming to what is currently on trend seems to have also had an affect on how young people sexually interact, and how boys and girls now treat each other. I was shocked to find out from a survey of school boys that 40% of boys who lost their virginity ejaculated on the girl’s face because they thought that is what you are supposed to do.

This begins to make sense when you hear that on average, the first exposure to pornography amongst boys is 12 years old. Young people aren’t able to learn how to romantically interact with each other naturally because they are brainwashed into believing it has to go a certain way. This twisted fairytale way of online pornography that objectifies women means that sex, which is inherently intimate and romantic, is being spoiled by boys who think they have to hit the money shot. When a couple lose their virginity to each other it should be a tragic ordeal for both of them, not just the girl. 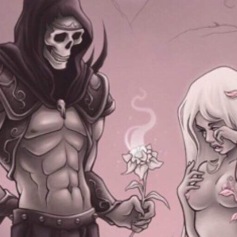 In reality, we live in a continually modernising world and chivalry is just a medieval

tradition that has slowly fallen out of fashion. There are many social trends which correlate with this idea. Other traditional views and institutions have whittled away or diminished over time due to similar factors. We live in a more secular society where marriage has become less important and there has been an increase in single mothers over the past few decades. Not long ago it would have been a taboo even here in the UK for a couple to cohabitate without being married. All of this coincides with a loss of chivalry. It is just the start of the chain. Men are less inclined to be chivalrous so it only follows that they are less inclined to stick around.

An article by the Metro stated that 73% of women say that chivalry is dead and discusses different actions encompassed by modern chivalry that men, for the most part, unfortunately don’t provide. This includes simple things like checking in via text throughout the day and asking if they have arrived home safely after a date. However, in the same article it stated that ‘women surveyed were pretty clear that while a little bit of chivalry is nice, they don’t want to be babied’, which is understandable. I wouldn’t say there is a fine line between chivalry and bigotry, it is in fact a gulf, but some men do have a very patronising demeanor and pass these actions and mentality off in their minds as chivalry. But this is actually based on the sexist assumption that women are inferior and in need of constant assistance. This is a very dated way of thinking but it has unfortunately trickled down the generations with some bigots still thinking this way. Like a bacterial infection that has lingered because someone failed to complete their course of antibiotics, the confusion between sexism and chivalry has given the true gentleman a bad name and tainted the spirit of chivalry.

Yet, a morphed form of ‘chivalry’ has problematically developed in wider society .Whilst the modern man doesn’t, for the most part, seem to have embraced chivalry, it appears as though it is still deep rooted within the foundations of society. Analysis has been done on criminal statistics which gave rise to the ‘chivalry thesis’. This sociological theory – based in statistical fact – states that women are treated more leniently than men in the criminal justice system. Male chivalry means that police are less likely to charge women and the courts will tend to give women a lighter sentence, even when they have committed the same offence as men. So if you kill your hubby for forgetting the roses, at least you’ll get off lightly. 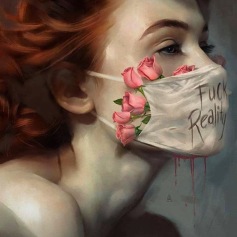 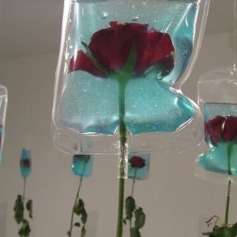 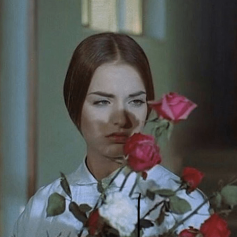 From a personal perspective I couldn’t imagine being actively non chivalrous. I understand the occasional slip up, I have been guilty of that myself, but I cannot comprehend why some men would want to treat a woman badly, let alone not good enough, given how much women do in general. A guy could think its reasonable to show up to a date smelling of BO and cigarettes whilst his feminine counterpart douses herself in perfume and paints herself to perfection.

Coming from a family plagued by multi generational alcoholism and domestic abuse, I have longed for the opportunity to have a woman I can be a gentleman to. Luckily fate was on my side when I went to university and I met my match, which is all I wanted- not to simply sleep with all the women in the land. And to those who do simply want to do that, I implore you to give chivalry a go. I was once taught that ‘gratification you work hard for over time is far more satisfying than instant gratification in the long run’. Apply this to relationships; meaningless flings are like eating too much chocolate. At the end of the day you still aren’t satisfied and are left craving something more. Meaningless sex is just that; a short term fulfilment of your base, hedonistic desires. Within a long term relationship, the bond that you form with your partner is a higher pleasure, one that you can only appreciate once you experience it. 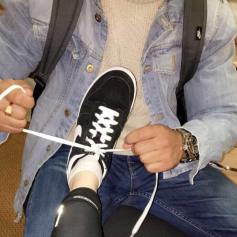 Ultimately, chivalry is the reciprocation of the classically feminine efforts.

“Men’s manners, like their clothes, should be unobtrusive; women’s manners are more subtle, a matter of attitude rather than action.”( From Vogue’s Book of Etiquette, circa 1948.)

73% of women say that chivalry is dead

Images are either my own or sourced from Instagram.